I joined a new team at work, and figured it’d be fun to build something that uses their tech stack (java jersey/react), and thus DarkChess was born.

I love Chess, I used to play on the chess team in high school and I was president of the Chess club back in college. It’s a fun game, but it’s a perfect information game meaning everyone has the exact same amount of information. Which is good, but it’d be fun if part of the game was to learn information.

And that’s what DarkChess is. In Darkchess you can only “see” pieces if they are in your capture zone. 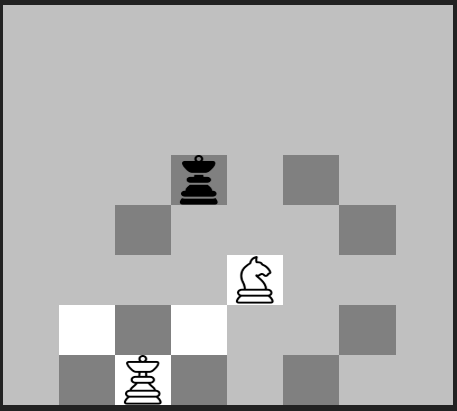 This brings a fun element to the game where you have to use pieces to scout where the enemy is located. It also allows you to be sneaky with assassinations, and leverage high visibility pieces and open lanes much more.

I built a little story mode with a series of challenges, give it a try:

I haven’t built a Java app in awhile, but it was fun to build one from scratch (using vscode too, no eclipse magic).

My personal opinions on the matter:

Overall it was a very fun project. Learned a lot about fully setting up a java project.

Checkout my latest project csper.io. Csper mission is to be the easiest way to deploy and manage content security policy.